The problem with fashion criticism isn’t the lack of honest opinion, but the lack of places to publish it, argues Jason Dike. 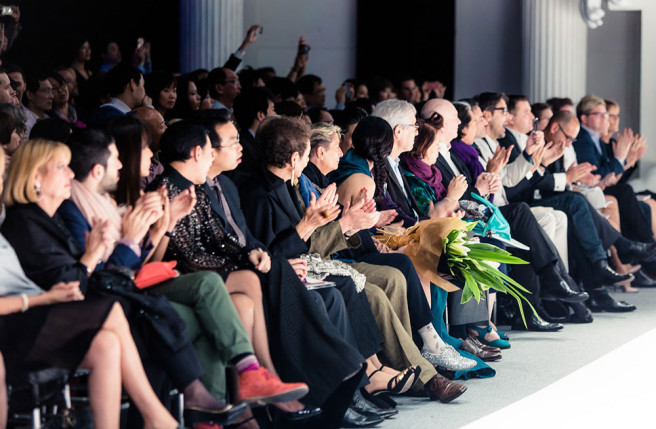 LONDON, United Kingdom — Cathy Horyn’s retirement has reignited the debate about the state of fashion criticism. It’s been asked whether her departure from her post at The New York Times spells the end of honest critique. But this has always been a rather simplistic argument. The issue isn’t what Cathy Horyn’s departure means for fashion, but whether the current media environment can produce another critic of Horyn’s ilk.

Several of fashion’s most independent, well-versed, fearless and knowledgeable critics got their start working at local and regional newspapers. Horyn worked at Detroit News for four years. Robin Givhan started at the Detroit Free Press, where she worked for seven years. Lynn Yaeger worked at The Village Voice for three decades.

But The Village Voice — which was bought by New Times Media in 2005 and has seen circulation fall from 247,000 in 2006 to 124,998 as of December 2013, according to the Audit Bureau of Circulations — no longer has a fashion section and never replaced Yaeger after her departure in 2008. Both the Detroit News and the Free Press now use syndicated Associated Press coverage in lieu of hiring their own fashion reporters.

Why is this important?

Because young writers working at these kinds of papers were able to learn their trade from experienced journalists and, critically, write in the context of a business that wasn’t totally reliant on fashion advertising for income. But with these kinds of outlets either shrinking, disappearing or slashing budgets, there is a chasm where this important stepping stone once was.

That doesn’t mean that the world is devoid of media outlets for fashion coverage. Quite the opposite. But most fashion outlets are visually driven and depend on fashion advertising for their survival. Thus, it’s bad business to publish anything negative about an advertiser or potential advertiser, leaving very little room for honest critique.

As the interconnectedness of the web brings content and commerce closer together, online stores have begun investing significant sums of money in creating well-written editorial. But a shop is essentially there to sell product, so real critique is out of the question.

It’s often been asked how fashion has found itself in a situation where honest critique has been squeezed out, while other creative sectors like book publishing, music and film have managed to avoid this fate.

Johnny Depp and Arnie Hammer both complained about negative reviews of their film The Lone Ranger, blaming these for poor box office performance. Musicians often dislike the reviews they get and are sometimes very vocal about it (Tom Odell’s father even called the NME to complain about a 0/10 review the outlet had given his son). And author Alain de Botton was incensed enough to write the following to a negative reviewer: “I will hate you till the day I die and wish you nothing but ill will in every career move you make.” But despite this, in these other creative sectors, critique exists in a way that it simply does not in fashion.

It’s time for fashion to change this.

But as we, as an industry, grapple with these issues, let’s remember that the real problem isn’t that there’s no one with an honest opinion anymore. It’s that there are very few places left to publish that opinion.